Jeton Neziraj is a playwright from Kosovo. He was the Artistic Director of the National Theatre of Kosovo and now he is the Director of Qendra Multimedia (www.qendra.org), a cultural production company based in Prishtina. He has written over 15 plays that have been staged and performed widely in Europe as well as in the USA. His plays and his writings have been translated and published in more than 10 languages. He is the author of many articles on cultural and political issues, published in local and international newspapers and journals, as well as being the author of various books, including a book on the Kosovar actor Faruk Begolli. He also writes screenplays for film and television. Neziraj is currently a board member of Dokufest (Prizren), Kosovo patron for the New Plays from Europe Festival in Wiesbaden and Kosovo coordinator of the EURODRAM network. In Switzerland, his play Yue Madeleine Yue was staged at Lucerner Theater, in October 2013. 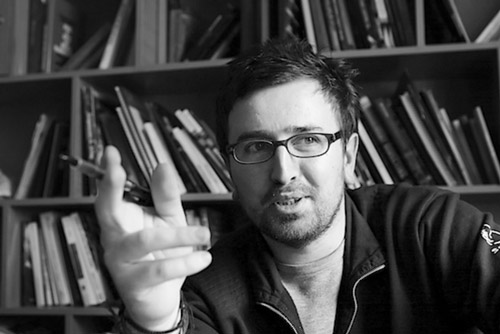